After our earlier post reviewing the PS4, this week, we’re looking at the Xbox One. Marketed as an all in one home entertainment hub that will integrate with your TV and online media needs, whilst providing cutting-edge gaming, Microsoft’s new console has caused quite a stir in the past year.

Despite PR problems in the run up to launch, early sales figures have still been amazing, making it Microsoft’s most successful console launch to date.

Does it live up to the high expectations? Our review team spends some quality time with the Xbox One to find out.

Design and set up

We’ve been fairly outspoken about our thoughts on the design of both the PS4 and Xbox One – and for a console that’s designed to integrate into your living room, Microsoft’s offering is pretty ugly!

Bulky, boxy and brash, with tacky shiny plastic and retro ridges – it’s more 80s VCR than 21st century chic. It dwarfs both the PS4, and the Xbox 360, and we reckon most users will want to try to hide it away, rather than giving it pride of place in their living room.

Despite its massive size, the Xbox One still comes with a separate power brick and adapter. In the box, you also get a decent headset and adapter, a control pad, HDMI cable and Kinect, which we’ll cover later in the review.

Whilst it’s a bit fiddly to get everything out of the box, once you’re unwrapped, Xbox One is easy to set up. After connecting the cables, Kinect, and an additional HDMI in cable for TV integration, and switching the console on, you’re met with an intuitive set-up process that configures everything.

A minor niggle is the mandatory connect to the internet to download a whopping 2GB day one patch – but on a decent broadband connection, you can still be gaming within the hour.

Tech spec wise, the Xbox One is pretty impressive, with 8GB RAM, a high power AMD GPU and an 8 core processor. To put it in perspective, it’s comparable to a good spec gaming PC, and only very slightly less powerful than the PS4.

In terms of real world performance, there are launch games on the Xbox One that look every bit as good as titles on the PS4. Forza 5 and Ryse look absolutely stunning, and Dead Rising 3’s ability to render huge hordes of zombies really show off the power of the console.

The only slight concerns are that some of the 3rd party launch games, like Assassins Creed and COD: Ghosts, only run at 720p on the Xbox One, whilst they run at a full 1080p on the PS4.

In addition, little details, like character models, textures, shadows are all slightly less detailed on Xbox One. Although you have to look closely to spot the difference, it’s definitely there, and something that could have more impact in the coming years.

On the positive side, load times are short, games run really smoothly, and once you’ve installed a game on your Xbox One system, you won’t ever have to use the disc again – giving the Xbox One a big advantage over PS4 in the practicality department.

In short, we much prefer the Xbox One interface to the PS4. It takes a little longer to boot up from cold (circa 1 minute), but the system is designed to be left on standby, and it only takes around 20seconds for the home screen to appear and Kinect to recognise you when turned on from idle.

Switch on the console, and you can immediately see that the Xbox One interface is part of the Windows family. It shares a similar tiled navigation to Windows 8, with apps, games and media all easy to find and navigate to thanks to a familiar, easy to use system.

Smooth, sharp and helpful, the menus can be easily personalised thanks to the ‘pins’, which allow you to create a customised screen that features your favourite games, apps and media. Whilst this feature is carried over from the 360, it works much better this time around, with its own screen.

Whilst you can navigate using the control pad, the interface also responds well to gesture control and voice command through Kinect…

A lot of the negative press surrounding the Xbox One before launch focused on privacy concerns and the mandatory packaging of Kinect.

Whilst Microsoft listened to these concerns, and if you want, you can leave Kinect in the box (though you’ll still have to pay for it!), you’ll be missing out of a lot of great functionality if you do.

Bigger and better than the Xbox 360 version of the tech, Kinect is integral to the Xbox One experience, from turning the console on, to navigating the interface and switching between media, games and apps.

Basic voice and gesture commands work pretty well, and the console understands a wide range of different commands. In practice, it means that you won’t need to pick up a control pad to benefit from the ancillary entertainment capabilities of the console.

Although currently, there aren’t that many games that are focused on Kinect, many of the launch line-up do include some optional Kinect voice and motion control, although it still feels a bit gimmicky. We expect this to change once a wider range of titles become available.

The Xbox One was always designed with media integration in mind, and it’s definitely one of the system’ strong points. Like the PS4, it has a selection of own branded music and video streaming services, along with a growing number of 3rd party apps, but it’s how the system integrates these where Xbox One really excels.

Multitasking is made possible with snap – a system that enables you to split the screen and run two apps at once. In theory, you can use it to play a game and listen to music or watch TV at the same time, but in practice, it isn’t quite as useful as it sounds.

In snap mode, the second application takes up a third of the screen. Whilst this is really hand for answering Skype calls or the odd internet search, trying to watch TV on it whilst playing a game isn’t great – there simply isn’t enough space, and it’s very distracting!

Having said that, it’s easy to control multitasking with Kinect, and the system runs really smoothly, without any noticeable drop in performance or lag.

One exciting media integration feature is OneGuide – a system that integrates your cable or satellite box with your Xbox One, providing you with a built in TV menu so you don’t have to change inputs or pick up the remote. It also provides a number of ancillary benefits, by integrating your streaming services into the system, so you can search for the programmes you want to watch.

Unfortunately, the OneGuide only works in the US at the moment, so UK consumers will have to wait, but there are plans in the works to provide integration with Sky systems in the near future. In the meantime, you can still plug your TV into the Xbox via a second HDMI, but you’ll need to use the remote to change channels.

Microsoft paved the way for subscription based online play for the 360, and they’ve kept the same model and pricing for the Xbox One.

It’s a case of ‘if it ain’t broke, don’t fix it’, and the system does work really well. Even on day one, the servers were fine, and we managed to play lag free, stable games of Dead Rising and Battlefield 4 without a hitch.

Our major niggle is that the Xbox One requires you to have a Gold subscription even if you only want to use subscription streaming apps like Netflix, cloud saves, and Game DVR. Locking these behind a paywall seems unnecessary and disingenuous.

Unlike Sony, who chose to provide the excellent free games Resogun and Contrast as part of the subscription package, Microsoft hasn’t included any free games for Gold subscribers.

The Xbox 360 controller was our favourite gamepad, but the new Xbox One pad has definitely taken its crown. It’s miles ahead of the PS4 pad in terms of design and comfort.

Whilst the new controller looks similar to its predecessor and the button configuration is virtually identical, there are a host of small improvements that combine to make the Xbox One controller superior in virtually every way.

Lighter, with a better d-pad and improved analogue thumb grips, the new pad is more comfortable and features force feedback triggers which provide an extra layer of immersion, especially in first person shooters.

The only downsides are the shoulder buttons, which feel slightly lightweight compared to the Xbox 360, and the fact that it still takes AA batteries. We think it’s about time Microsoft followed Sony’s lead and provided a rechargeable battery pack as standard.

When it comes to launch games, Xbox One definitely has the advantage over the PS4’s disappointing offering.

The result is a solid, if unspectacular line-up of exclusive titles, including Dead Rising 3, Forza 5 and Ryse, backed up by a good number of multi-platform titles.

The exclusives do a good job of showing off the potential of the hardware. Forza 5 is a triumph, with stunning graphics, great gameplay and a revamped career mode that’s revitalised the series. Ryse looks great, and acts as a good tech demo for the hardware, but is ultimately unsatisfying, and Dead Rising 3 is just fantastic fun.

Overall, whilst the system still lacks a real killer app, it’s got a good head start over the PS4, and there are some quality AAA exclusives, like Titanfall, set to arrive later in 2014.

Although it’s more expensive, uglier and slightly less powerful than the PS4, it’s still a great console, and a more rounded entertainment system to boot, integrating better with both TV and online media.

Kinect works well, the controller is great, the launch line-up is fairly strong and overall, the Xbox One is just fun to use.

We really like the interface, and once they polish the integration features and release them worldwide, it will be a great all-in-one system that provides a better package (though an inferior gaming platform) than the PS4.

Get your free Xbox One

Want to get your hands on a Free Xbox One? Head over to Xpango today, where you can trade in your credits for a full range of next gen consoles, absolutely free of charge! 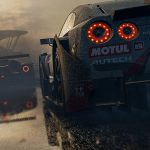 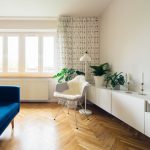