Wii U Review – Reasons to Choose the Wii U

Is the Nintendo Wii U better than Xbox One or PS4?

Whilst it’s predecessor the Wii went on to sell 100 million units worldwide, Nintendo has a long way to go if the Wii U is to have the same success.

Despite a year’s head start on Sony and Microsoft, so far, the Wii U has only managed meagre sales of 3.5 million. With the competing consoles set to arrive later this year, Nintendo has a lot to do if it is to reclaim its position at the top of the tree.

In this post, we’ll be exploring the challenges facing the Wii U, before asking whether Nintendo can turn things around, challenge Microsoft and Sony, and make a success of its new console.

If it sounds like the Wii U is facing an uphill battle, that’s because it is – but all is not lost…When the Wii launched in 2006, it was met with almost universal acclaim. With innovative motion control, inclusive, family-friendly games and an attractive, wallet-friendly price tag of £179 ($249), it quickly built a large customer base of new gamers.

The Wii U launch was a much more muted affair, and failed to capture the imagination’s of the general pubic in the same way.

Launched in a difficult economic time, without the same fanfare, high-profile games or global marketing push, initially strong sales have quickly slowed. 8 months after launch, sales are still painfully sluggish, and Nintendo is struggling to convince consumers to part with £250 – £300 for the console

Although the Wii U does offer significant improvements in terms of its power and capabilities over it’s predecessor the Wii, it’s no powerhouse, even by today’s standards.

When compared to the PS4 and Xbox One, the Wii U looks severely underpowered, and this will only become more apparent to consumers in terms of gameplay capabilities and graphics as time goes on.

Developers may be unwilling to release watered down versions of their titles on the Wii U, at a time when the industry is focused on utilising the new power afforded them by the launch of the PS4 and Xbox One.

Having said that, the original Wii didn’t match up well to the Xbox 360 or PS3 (it didn’t even support HD gaming), and that did ok!

However, whilst the Wii had a competitive advantage in terms of motion control, both Sony and Microsoft have made big strides to incorporate this into their new consoles, leaving the Wii U with only its tablet controller to set it apart.

Games consoles live and die on the quality of their titles (just ask SEGA!), and underwhelming Wii U sales over the past few months have already begun to affect third party support for the console.

Big name developers like EA and Ubisoft have stopped developing for the Wii U, citing poor console sales, and Nintendo has a big job on its hands if it is going to stop the rot and regain the support it desperately needs.

It’s a catch 22 situation, and unfortunately there is no clear solution. Nintendo needs big third party developers creating high quality Wii U exclusives to help it improve sales, but the developers aren’t going to take a risk until sales improve.

As time goes by, consumers will undoubtedly notice the absence of all the flagship sports titles and AAA releases that appear on the PS4 and Xbox One, which has the potential to seriously affect the console’s mass-market appeal.

The Wii enjoyed the support of an extensive global marketing campaign that succeeded in engaging with a new audience. With celebrity endorsements and a clear focus on making the Wii accessible to all, Nintendo succeeded in making video games appealing to users of all ages.

In contrast, the Wii U hasn’t enjoyed the same support, and by its own admission, Nintendo’s marketing efforts have been ‘more relaxed’ this time around. Nintendo has missed a chance to capitalise on being the first to market, and needs to find a new hook to engage with its audience.

If it sounds like the Wii U is facing an uphill battle, that’s because it is – but all is not lost…

The way forward for Nintendo

One of the things holding the Wii U back has been a lack of top-quality, flagship titles for the console, but this is set to change in the near future, as Nintendo brings a host of exclusive titles from all its established franchises.

Nintendo has spent a long time building up a large, loyal fan base, and we suspect that many customers are just waiting for these releases to arrive.

Pikmin 3, Donkey Kong Country: Tropical Freeze, Super Mario 3D World, Super Smash Bros and Mario Kart 8 are all set to launch over the next year, and with a new Zelda game in the works, the future looks much brighter from a software point of view. There are even rumours of new Starfox and F-Zero games, which Nintendo fans have been eagerly awaiting for years.

When it comes to the quality of its first party games, Nintendo is second to none, and we expect Wii U sales to pick up significantly when these games come to market. In turn, this may encourage third party developers to return to the fold, which will be a big boost in the long term.

Setting itself apart from the competition

Although both the Xbox One and PS4 have their share of exclusive titles, neither offers the nostalgic appeal or established characters that Nintendo can call upon, and the consoles aren’t different enough to warrant purchasing both of them.

Nintendo has deliberately avoided competing with Sony and Microsoft on tech specs, and the Wii U definitely offers a good alternative in terms of the unique brand, characters, and “available to all” appeal.

This means that consumers may be more willing to purchase a Wii U as a secondary console, and Nintendo should looking to capitalise on this.

The Wii U relies heavily on a few core franchises for its first party titles, and whilst this is part of the console’s appeal, Nintendo needs to be wary about resting on its laurels.

In some quarters, sluggish sales are being blamed on Nintendo’s reliance on sequels, revamped games, and redeveloped franchises.

To keep things fresh, and engage with new customers Nintendo needs to make efforts to develop the brand by creating new IPs and characters that fit within its existing universe.

There’s a growing backlash against Microsoft following revelations about the Xbox One in terms of used game sales, privacy concerns and internet requirements.

There is a real opportunity for Nintendo, and if the company can effectively engage with disgruntled consumers, it may be able to steal serious market share away from Microsoft ahead of the launch of Xbox One.

The early signs are that Wii U sales are already on the up, and after the Xbox One reveal in May, Amazon.co.uk reported an 800% increase in Wii U sales!

Whilst it doesn’t look like Nintendo will be able to have the same level of success it had with the Wii, it is still too early to tell whether the Wii U will be a real contender.

A strong showing at E3 will have done a lot to reassure consumers that the Wii U has something different to offer, and we predict that sales will start to really pick up as Nintendo releases some AAA titles.

Whether it can compete with the PS4 and Xbox One for market share is another question entirely, and one that nobody will be able to answer until well after launch.

If you want to get your hands on a Free Wii U, head over to Xpango and start earning some credits today! 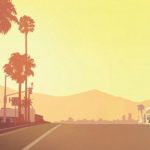